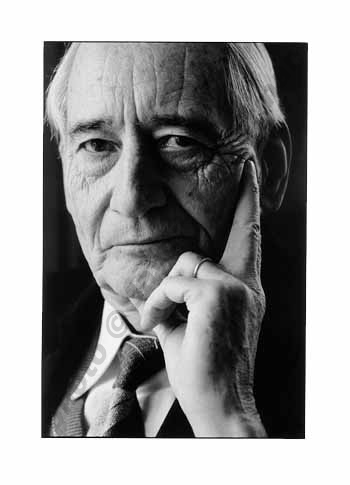 Jean Pictet was a Swiss citizen born in Geneva in 1914, graduated Doctor in Law from the University of Geneva in 1955. He joined the International Committee of the Red Cross (ICRC) in 1937 as secretary-jurist, in order to prepare the revision of the 1929 Geneva Conventions. During the Second World War, he was one of the senior officers in the ICRC and the right-hand man of the President Max Huber. Jean Pictet was appointed Director in 1946 and Director General in 1966. He has been a member of the ICRC Executive Committee from 1967 to 1979 and Vice-President from 1971 to 1979.
After the Second World War, he took charge of the preparatory work leading to the adoption, in 1949, of the four Geneva Conventions for the protection of victims of war. He took an important part, as an expert, in the works of the 1949 Diplomatic Conference. He was in charge of compiling the ICRC General Report on its activities during the Second World War. On behalf of the ICRC, he conducted the works and negotiations which resulted in the revision of the Statutes of the International Red Cross, in 1952, and of the Agreements with the League of Red Cross Societies. He also presided over the experts Conferences in charge of the negotiation of the two 1977 Additionnal Protocols to Geneva Conventions.
His book on Fundamental Principles laid the foundation for the basic Charter of the Movement, adopted in 1965 by the XXth International Conference of the Red Cross. He was the general-editor of the four-volume Commentary on the 1949 Geneva Conventions and the 1977 Additionnal Protocols. He also wrote many articles and books on international humanitarian law and American Indians.
Jean Pictet has been appointed to a lecturship in Geneva University, and taught international humanitarian law in the Faculty of Law from 1974 to 1979. He also gave courses in the Academy of International Law in the Hague (1950) and in the International Institute of Human Rights (1971, 1972, 1982). From 1975 to 1981, he was Director and later President of the Henry-Dunant Institute, Center of research and training of the International Red Cross.
Jean Pictet has received several academical distinctions, (honorary Doctorate in Law of Universities of Leyden, Zurich and the Catholic University of Louvain), as well as several Red Cross awards (ICRC rules prohibiting the acceptance of other distinctions).
Jean Pictet passed away on 30 March 2002.

Also see the tribute to Jean Pictet that took place in the ICRC, for the 100th anniversary of Jean Pictet's birth, as well as the book announced at the same time.